James D. Bell is an award-winning author and retired Judge who received the highest bar association approval ratings ever given to a Mississippi Circuit or County Judge. He is listed in Preeminent Lawyers, Outstanding Lawyers of America and Top 100 Attorneys of North America.  He is the author of two novels, Vampire Defense and Maximilian’s Treasure.  His short story, The Adventures of Sherlock Hound, was published in Mardi Allen’s collection, Dog Stories for the Soul, alongside stories from Mark Twain, John Steinbeck, Willie Morris and others.  The son of a Choctaw mother and a Mississippi businessman, Judge Bell is devoted to his wife, Joanne.  They live near Jackson, Mississippi and have four children.  Judge Bell returned to law practice but is frequently called back to the bench by the Mississippi Supreme Court for short term assignments.

Hi James, Welcome to Reader Views! Tell us, what is Maximilian’s Treasure about?

In Maximilian’s Treasure rumors of hidden gold instigate a battle over possession of a Choctaw family farm.  Two young lawyers, John Brooks and Jackson Bradley, agree to help the family keep their farm.  Early legal success prompts the drive-by murder of the patriarch of the family.  The grandson chases the suspects whose bodies are found on the farm, scalped.  At the same time, clues to a vast treasure are found on the farm.  Jackson, pursued by fortune seekers, adventurers, an exotic beauty and a homicidal maniac follows the clues to a Caribbean reef and then to the Chiapas jungle.  John stays behind to defend the grandson and continue the fight for the farm.  His efforts are complicated by arson, murder and the realization he lost his one true love.  The adventures of John and Jackson rush toward an intertwined triple climax that could shake the world.

What was your inspiration for the story? Can you share the story behind the story?

35 years ago, an elderly fellow asked a friend and me to help him look for Civil War gold he thought was buried on his farm.  We said, “why not?” and had a great day on his farm listening to his stories and searching for gold.  That might seem unusual, but it’s just another day in a Mississippi law office, where the unusual, eccentric and even outrageous are everyday occurrences.

I imagine you’ve heard some pretty outrageous stories during your years as both an attorney and as a judge – I’m dying to know – is the truth really stranger than fiction?

I’ve handled cases involving voodoo, witchcraft and satanic cults.  I’ve interviewed mass murderers, serial killers and petty thieves, and I’ve represented wonderful people who risked all to help others.  40 years ago, I handled a burglary case involving a young man afflicted with multiple personality disorder.  A personality would suddenly awaken after being asleep for months, not knowing what happened in the intervening time. We convinced the Court that, while they had the right body, the prosecutor brought charges against the wrong personality!  Buck committed the crime, but Lenny was on trial.  It would be an injustice to penalize the wrong personality!  The charge was dismissed, and we admitted our client into a facility that helped him.

Your career was most likely beneficial when it came down to writing the legal aspects of your novel. How did you hone the other elements of your writing, like the humor you incorporate through your dialogue?

Dialogue is king!  Conversations carry the story.  When I was a baby lawyer, I had a partner with a great sense of humor.  He always made me laugh.  I try to recreate that mood in my stories.

What level of detail was involved in the research for Maximilian’s Treasure?

I read histories of the Spanish conquest of Mexico, studied the Aztec, Mayan and Olmec empires and read histories about Maximilian, including The Crown of Mexico by Haslip.  My wife and I traveled to the Dominican Republic and dove the reefs you read about in the book.  My son and I hiked across Chiapas, trekked through the jungle, climbed the cliffs and entered the cave behind the waterfall, all as described in the novel.   And you will not believe what we found there!

Your characters are amazing! Which character was the most fun to write?  Why?

That’s like asking a parent, who is your favorite child?  The most meaningful character to me is Jackson Bradley.  I patterned him after my first law partner.  Jack was a loyal friend, intrepid investigator, and tireless researcher.  We had opposite world views.  Jack thought coincidences were random occurrences, I thought they may be divine appointments.  We never let our different opinions interfere with our friendship.  He had his opinion, I had mine, and we were fine with that.  In fact, our differences made us an unbeatable team.  Jack died young, so I brought him back in my stories.

Your characters originated from your first book, Vampire Defense. Do readers need read your first novel in order to enjoy Maximilian’s Treasure?

No, Maximilian stands alone.  It’s a complete story.  Vampire Defense is mentioned as the ‘case of the century’ that John and Jackson just completed.  Characters from that story are carried into Maximilian’s Treasure.  I hope that readers love Max so much that they choose to read Vampire Defense.  They’ll love it, too!

How long after you finished Vampire Defense did you start writing Maximilian’s Treasure?

What is it you most hope readers take away from reading Maximilian’s Treasure?

How closely does your finished story reflect the idea you started with?

I knew the beginning and the end when I started.  Many of the twists in the middle surprised me.

Tell us about your writing routine and style. Are you a plotter or a panster?

Because I know the end of the story, I can drop appropriate clues for the reader so that there are no unfair surprises.  To stay on track, I make a list of words, stacking one on top of another, tracing the path of the story from beginning to end.  Each word represents a thought or a scene.  But sometimes the story starts telling itself.  When that happens, I run with it.

What do you like to read and which authors have inspired your own work as a writer?

Being an author is a full-time business these days.  How do you balance your writing/marketing/promotion time and which part do you enjoy most?

I practice law.  Because I am a former judge, I am often called upon to take cases due to recusals.  I must make time to write.  Consequently, it takes me way too long to finish my novels.

What do you like to do outside of writing?

What do your family and friends think about your writing?

I write for my family.  They are my biggest support.

Do you feel you’ve grown as a writer since you began your first novel? How?

I think my characters have grown and become more personal.

What is the best piece of advice you’ve ever received as an author?

Don’t let the blank computer screen intimidate you.  Just start writing and the story will begin telling itself.  If you set aside time every day to write, even if it is only an hour, you will find that your story will start telling itself at odd times of the day, while you’re driving, sleeping or taking a shower, and you can’t wait to get back to the computer.

Do you have any advice for writers just starting out?

So, what’s next? Do you have new writing projects in the pipeline?

Brooks and Bradley appear before the International Criminal Court at the Hague to defend a defrocked former priest charged with war crimes in Whom Shall I Send?

The fate of the hive is at stake in BeeBop, the Honeybee WannaBee Hero!

Nicodemus hears excited witnesses describe miracles that match prophesies he studied all his life.  Intrigued, he sets out to see for himself, but repeatedly arrives a day, an hour, a minute too late.

James, thank you so much for joining us today at Reader Views!

Read Our Review of Maximilian’s Treasure

This site uses Akismet to reduce spam. Learn how your comment data is processed.

Straight Uphill: A Tale of Love and Chocolate by Jess Wells

Interview with Sharon D. Ballentine, Author of A Look Behind Lightning

Are You Rugged or Unrugged? by Rugged Dude Carson 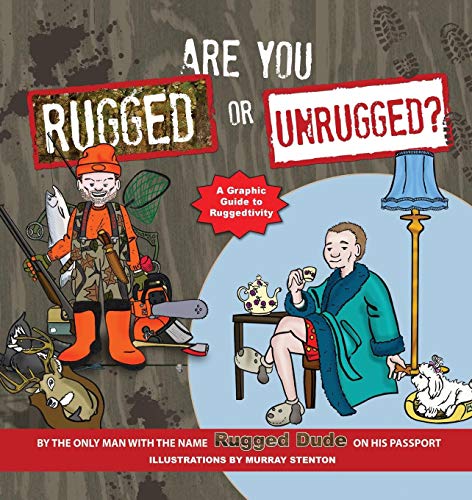